SWIG Start Ups in the Press 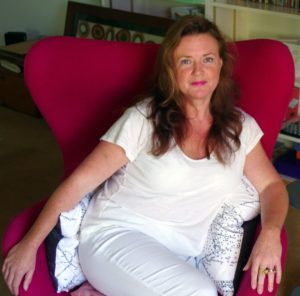 The former actress played roles in TV series like Bergerac and Drop The Dead Donkey , as well as treading the boards in lead roles in West End theatres such as the Old Vic and the Criterion.

After raising a family and studying design and fine art in colleges in London, she has decided to set up her own business. Partly funded by an £8,000 loan from SWIG Start Ups, the regional delivery partner of the government-backed Start Up Loan scheme, Sarah Burghard Designs now has a new website, IT facilities and an exhibition stand at the Independent Hotel Show in London this October.

She said: “I did a year-and-a-half ’s work through word-of-mouth, finding my feet, working out my niche and discovering what I’m good at and understanding what people want.

“Then I needed to launch a business rather than working as a sole trader. I needed a leverage to take me to the level where I could present myself in a way which befitted the quality of my work.

“The mentoring from SWIG was really what I was most keen on. My mentor has been brilliant and has helped me through the business
planning process.

“I was really impressed with SWIG. I felt they were vetting me properly, which was good because it meant that if I was accepted it meant I was viable. ”

Sarah, 46, lives in The Vatch with her husband Tom and her two sons and says her acting career has been an influence on her new venture. “That has informed my work quite a lot,” she said. “I am very interested in character and taking on identity through my work.

“I decided that textile design is my love and I wanted to create a commercial operation out of my passion. The opportunity came when a friend wanted me to paint a picture of her home, so I went around taking photos and sketches and created a kaleidoscopic collage of her life and lifestyle.”

John Peters, managing director for SWIG Finance, said: “Sarah Burghard Designs has great business potential and was a worthy recipient of the loan we have given it.

“We would really encourage other businesses which need funding to help them take their first steps to success to get in touch with us. We have
many funds available for businesses at different stages in their development and offer paths to growth for companies which can’t
access bank finance.

“We are delighted to see Sarah’s business getting off the ground and wish her all the best for the future.”

This article appeared in Gloucester Citizen and Gloucestershire Echo.

Find out more about accessing a Start Up Loan alongside free business support and mentoring from SWIG Start Ups.