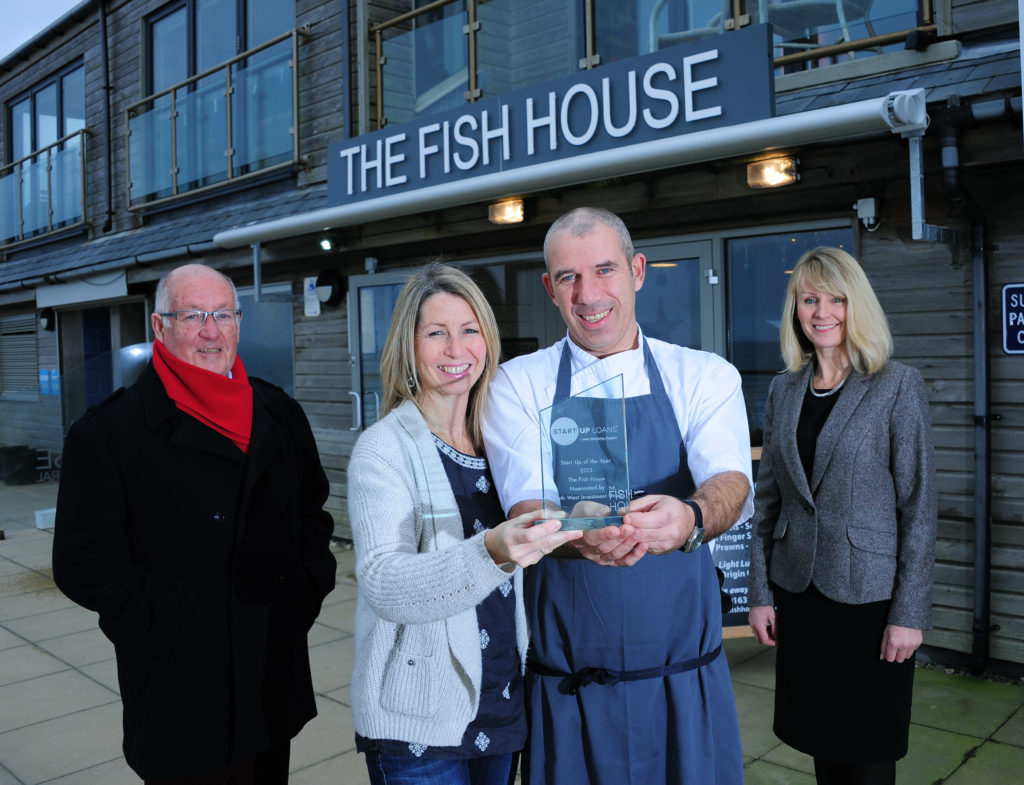 Paul and Elise Harwood opened their restaurant, The Fish House in 2014. With extensive experience as the Head Chef at Rick Steins Café in Padstow as well as Assistant Executive Chef at the Seafood Restaurant Group, Paul decided to launch his own restaurant and focus on local, fresh produce.

SWIG Finance supported The Fish House with initial investment in launching the business via funding from the Start Up Loans Scheme. The husband and wife team sought finance to help fund the costs of renovating the building and received advice and mentoring as part of the scheme from SWIG Finance mentor, Graham Ashton.

Tim Sawyer, CEO of the Start Up Loans Company said: “It is a real achievement that the Fish House has established itself as a real contender in a highly competitive area of the country for restaurants.

“We read through a number of the restaurant’s reviews on TripAdvisor and were highly impressed by the comments. The Fish House is an excellent example of what is possible for start-up businesses to achieve and why the Start Up Loans Scheme is so important.”

Find out more about The Fish House